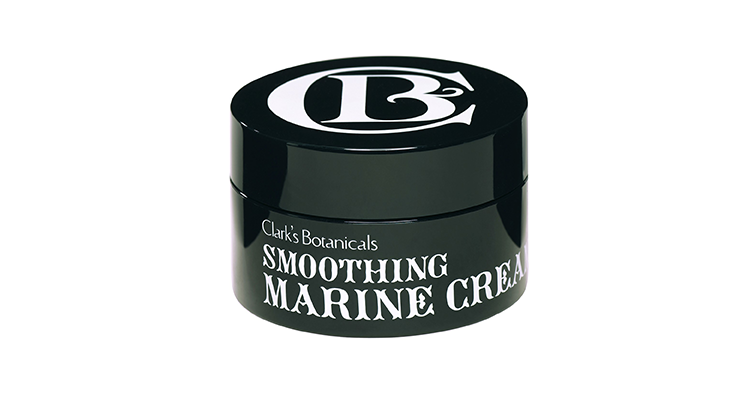 5 Questions with Francesco Clark of Clark's Botanicals
Here, Francesco speaks with Beauty Insider about transparency, good story telling and the perks of being an underdog.

In May 2002, over Memorial Day weekend, 24-year-old Harper’s Bazaar fashion assistant Francesco Clark dove into a pool. His chin, just one of many handsome features, forcefully hit the bottom, causing a devastating spinal cord injury, rendering him to live the rest of his life in a wheelchair. In addition to not being able to walk, he also was unable to sweat. As a result, his pores became clogged, and breakouts followed, causing his skin to suffer like the rest of his body. His father, a physician well-versed in traditional Western medicine and homeopathy, suggested developing a botanically-based formula to help rebalance his skin. “My father and I started the business from a hospital bed,” said Francesco. “The skin care line was never a business plan. It was a physical and emotional recovery for myself. Suddenly it took off, and my life had more meaning and I became a person again.”

Clark’s Botanicals was created four years later. Propelled by word of mouth and key glossy placements—the line quickly became a beauty editor favorite—celebrities such as Olivia Munn, Kaley Cuoco and Julianne Moore helped push the line to cult status. Several skus became were 14, and at the end of 2016, the brand was purchased by Glansaol, a global beauty and personal care company. Today the line is sold on QVC, at SpaceNK, along with other retail outlets nationwide. Francesco also serves as a National Ambassador for the Christopher Reeve Foundation. Here, Francesco speaks with Beauty Insider about transparency, good story telling and the perks of being an underdog.

CEW: What are some promises you’ve made to consumers?
FC: We will never be a brand that launches six skus in one year. Our products are simple, easy and multi- tasking. I always try to keep the product name to three words: an adverb, what the product is, and what it does. For example: Smoothing Marine Cream. We will always mix homeopathy and science together. I will always be involved in every step of the process. I’ve seen when the founder is not involved (a brand) can lose (its) DNA very quickly.

CEW: Where are you putting your advertising dollars?

FC: We have zero advertising budget. We never had one. I still make the formulas with my father and sister in my home in Bronxville. We have a factory in Florida. And that’s it. No one ever expected this to last as long as it has. And to sell out six times in a row on QVC? We started with one door in SpaceNK in the UK, now we’re in 56. We started this business with a $2,000 grant from New York State for people with disabilities. Last year we grew 200 percent. Next year we expect to grow 120 percent.

CEW: What have you learned over the years?

FC: People like supporting the underdog. They like knowing there’s someone who cares behind the product. There’s realness and true intent behind everything we do. Consumers like that we listen to feedback. My cell number is on the web site, and sometimes I answer. They can’t believe it’s me. They ask me questions about the product, and they tell me their story. That direct connection is the entire point of e-commerce. You’re taking out that middle person and having honesty and complete transparency.

CEW: What’s working in terms of getting the word out?
FC:

Sampling is our biggest converter: when people sample, they buy. QVC has been huge. I can speak to each person like having an in-store event. I talk to beauty editors, authentic influencers, makeup artists and chemists daily. Every day we do an Instagram post and Instastory on my own account and the brand’s account. Not everyone wants to know how to use the product, they’d rather something personal about me. So we do both. You have to bring a spark to people. Pull back the veil. I’m a guy in a wheelchair launching a skin care line, that comes out of left field.

CEW: Do you have a mantra you live by?
FC:

Every week I write a different quote on my dry board. Right now it’s by Walt Whitman: “Keep your face always toward the sunshine and shadows will fall behind you.” I like to spice it up. I like to be connected to other people. I like to know what drives and motivates them.