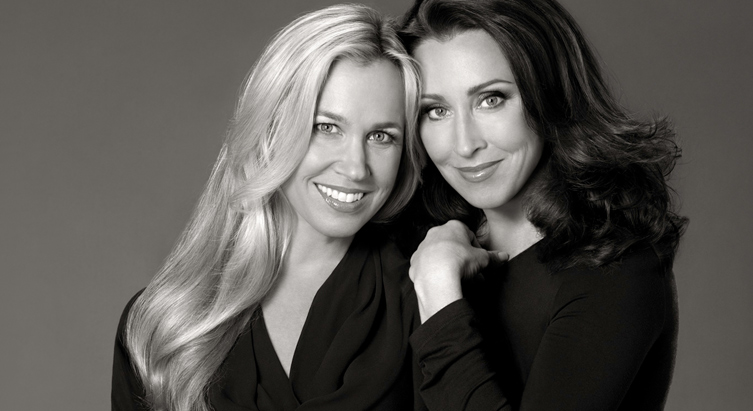 A Radical Approach to Skin Care
Radical Skincare was originally created for personal reasons rather than professional. Now it has the attention of beauty’s most notable veterans, as both investors and advisors.

If medical and scientific knowledge is hereditary, then Liz and Rachel Edlich are loaded with the inherent genes of their father, Dr. Richard F. Edlich MD.PHD, who was a world renowned Professor of Plastic Surgery.

“We grew up in the lab with him,” said Rachel, 45, the younger of the duo. “We did papers, learned technology and research, and since he specialized in skin rejuvenation, we learned a lot about that area in particular.”

And if you’re going to have good genes you might as well have good connections when starting a skin care line. Thanks to their father, the women had an arsenal of scientists in the technology area to call upon.

“Lionel De Benetti of the Clarins Group was a family friend,” shared Liz, 50. “I met Bernard Gaude [a beauty branding expert who now serves as Head of International at Radical Beauty] in the South of France. He called Patrick Bousquet-Shavanne (the former Estée Lauder executive and current Executive Director Marketing and International at Marks and Spencer).” Then, these men called their friends. “Suddenly everyone was contributing their talents while offering to participate,” Liz continued. “They wrote checks to become investors. The first round, we raised almost $2 million, which ramped up production, inventory, packaging and design, and allowed us to artistically expand the image of the brand so we could distribute it.”

A chain reaction was set in motion. Alfred and Raymond Cheng, the owners of Parkson, the impressive Asian-based department store chain, contributed financially. So did theMarciano brothers, the founders and owners of Guess. Others, too, became excited about this small, independent lifestyle brand that was results driven and inspiring to people.

Radical Skincare was originally created for personal reasons rather than professional. At 40, Rachel developed rosacea after having her second child – for which the cure, she was told by doctors, was a lifetime of prescriptions. At the same time, Liz started to see the signs of aging on her own face. Instinctually they turned to what they knew best. Over a two-year period, they created several powerful anti-aging solutions designed to prevent wrinkles and address major skin conditions, with formulas also meant to be safe for those with sensitive skin. Along with their superhero skin care team they created Trylacel, a suspension technology that offers high performance antioxidant potency.

“Radical Skincare is a short line of highly multi-tasking products. There’s nothing added that didn’t have a purpose from a clinical perspective,” said Rachel. “Each of our 11 products offers active formulas without irritating skin while offering a highly impressive delivery system.”

Started with just six sku’s and available only at Barneys, in less than four years Radical Skincare is now sold in more than 800 prestige stores in 16 countries, including Saks, Sephora, Space NK and Harrods. At present, they sell in excess of 100,000 products a year, with Advanced Peptide Antioxidant Serum being their number one item.

The company plans to expand their social media reach with the hope of reaching more people around the world . “We are not just store focused.We want to do tutorials and podcasts. We’re getting ready to launch QVC in the US and release a self-published book to reach the customer in a more significant way,” said Liz.

“We’ve not had serious discussions with large institutional players because we’re not interested in being bought,” Rachel said. “We are happy to build and grow our way while making a radical difference in people’s lives. We are a mission and purpose-driven company, keen to maintaining our integrity while staying independent.”

Jessica Richards recently spoke to Beauty News about what’s flying off shelves at ...