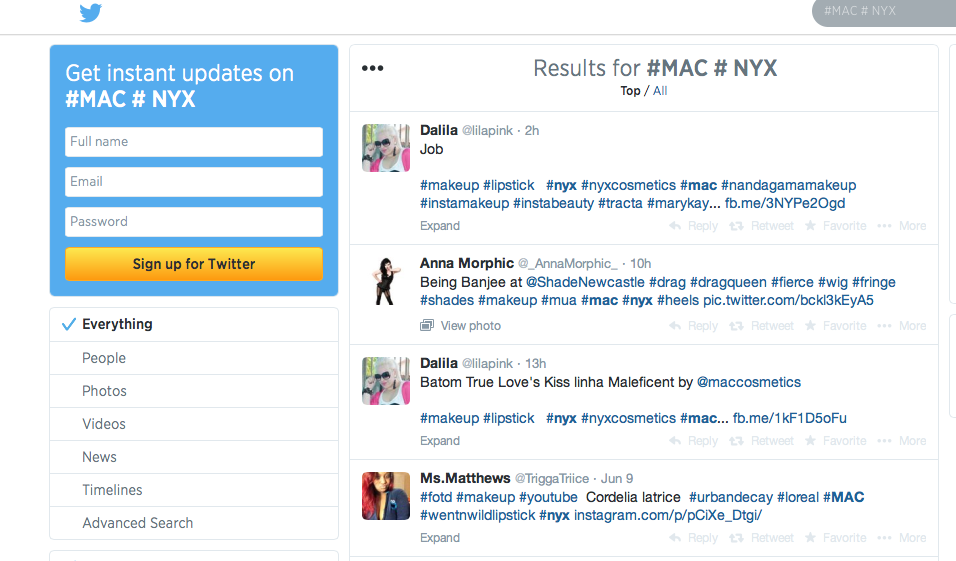 For the month of April, the following brands led in social media engagement.

Ambassadors were the name of the game in April, as beauty brands from Lancôme to M.A.C to NYX saw increases in engagement from those named to rep their brand, as well as by loyal followers who reposted pictures.

Tribe Dynamics, the San Francisco-based start up with proprietary data analytics software that measures brands’ engagement on social media, found that celebrities haven’t lost any power, as witnessed by Lancôme’s dramatic boost in social influence following its announcement of Lupita Nyong’o as brand ambassador. Success was seen mostly on blogs, Facebook, Instagram and Twitter where people engaged with both Lancôme-authored and organic announcements about the partnership.

On Instagram, both M.A.C and NYX have built impressive communities of avid followers who are engaging with and creating brand-related posts at a higher frequency than their competitors. As the owned media strategies of these brands have become more closely aligned, the resulting earned media created about them has as well. Some of M.A.C and NYX’s most active ambassadors are frequently creating valuable posts referencing the brands together. Of the Instagram posts collected during the month of April, an incredible rate of posts included the #maccosmetics and #nyxcosmetics hashtags. (NYX is often dubbed the M.A.C of the mass market by industry insiders.) Not only are M.A.C and NYX successfully engaging with their respective Instagram communities, they are now reaping the benefits from each other’s followers.

Tribe measures earned media value by number of impressions, audience size, number of publishers and post count and sources data from the top 50,000 influencers in health, beauty and fashion. The brands included in each study are the most popular based on publicly available information of these brands’ annual revenue, reviews from consumers and retailers. To see the full report for the month of April, click here.

Anastasia Soare created the brow category 25 years ago. It's why her company, ...