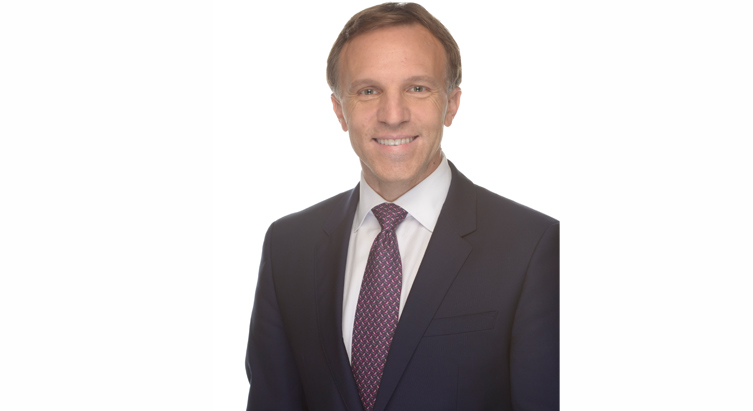 Build it and they will come.

That’s what Avon had in mind when it unveiled a new website in September, one that offers what many other beauty sites do, such as daily content, a best-in-class virtual makeover tool, videos and trends. But what makes Avon’s different is its ecommerce functionality, one that not only meets the needs of users who want to click and buy instantly, but also offers a more personal shopping experience for customers via Avon’s tens of thousands of built-in ambassadors, their brand representatives.

With the representative at the heart of its business, Avon’s overhauled site needed to enable her for the online beauty consumer. The new site is at the center of this, and looks to ensure all digital experiences not only elevates brand equity, but allows Avon representatives to open a virtual door to their consumers and sell, sell, sell—and make commission. With that in mind, Avon has empowered each representative with an e-store that serves as the front door to a beauty store filled with thousands of products, aka Avon.com. Brand representatives are encouraged to ‘lightly merchandise’ their e-store with at-the-ready, Avon-provided-content stored in what Avon calls a Social Media Center. And, the representative can share access to her e-store on all her personal digital platforms.

Indeed, from the first minute of landing on Avon.com, one can see how the site is committed to on-trend beauty content. On the homepage, a carousel allows users to explore six different beauty stories, ranging from a Best of Beauty sale to a Face Event to Real Stories featuring three everyday women and their Avon beauty routine via video. A navigation bar routes users to What’s New and What’s on Sale, and allows them to shop by category and brand. A link also steers consumers to Avon’s causes. Scrolling down, the homepage highlights specific products, brand spokespersons and how to find a representative.

It should be noted that ecommerce doesn’t look to trump Avon’s traditional model of selling, which is firmly catalogue-based.

“Selling to co-workers and friends will remain central to Avon’s DNA. We were the original social networking company,” said Van Vahle, Avon’s Executive Director of Global Digital and eCommerce.

To gauge shoppers’ experiences, Avon is using a tool called BizRate to talk to shoppers after they’ve completed a transaction. So far, feedback has exceeded expectations.

“Our BizRate tours are ranking best in class. The site’s usability and how it lets people shop is what’s winning. Also, in the comments area, a lot of people mention their representative, and how they love shopping with her. But if the representative’s on vacation, the user now has the flexibility to buy what she wants when she wants how she wants,” Van explained.

“If you’re a representative in Texas, you would likely never be able to get video access to what’s happening behind the scenes at New York Fashion Week. We provide that for them to share to their customers so that they’re posting actual content, not an ad for Avon. Besides refreshing the content that reflects the full store we are also updating content every day. Globally, we have over 18 million followers,” Van said.

Building Avon’s digital presence was one of Sheri McCoy’s, Avon’s Chief Executive Officer, big initiatives when joining the firm in April 2011. In his first meeting with Sheri, Van said she expressed that the company needed a very “deep, fact-based strategy to deliver digital and ecommerce, and that everyone needed to be on the same page.” Subsequently, Avon had 50 people all around the world dive into very deep, rich studies. They interviewed over 20,000 representatives in four lead markets and talked to consumers as well existing, lapsed and non-consumers, looking for compelling user features and examples of online experiences. Also, an information architect held usability studies in a feedback lab, and in an ongoing way internal forums were held collecting data on usability. What came from that, and what’s now seen on the site, is that users want a beauty destination and a site that’s fun and easy to use, while brand representatives wanted a simple e-store and social media.

“Simplicity is not simple to create,” Van said, adding the re-launch took place in just eight months, and content is planned as far as three months out.

The US is considered the leading market for digital strategies at Avon. Other strong digital markets, including the UK, Russia and Brazil, are assessing their ecommerce expansion and strategic roadmaps, and are finding their way.

“We are all on the same journey, so there is a whole constellation of things going on in other regions and they’re all marching towards that vision and what role Avon will play there,” said Van.

Avon is benching ecommerce performance against the beauty industry’s average for multi-channel players, which is between 5% and 10% of sales.

“The transactions on the site are really just one part of the equation. It’s one lever to pull in a surround-sound Avon. Adding product to the bag and checking out is really a small part of the whole digital ecosystem,” Van said. But what Avon is offering, he said, is covetable among the industry’s players.

“We were just at a panel attended by major luxury retailers and all of them wanted to know where they can get a Social Media Center with an army of ambassadors to share content. Brand representatives are seeing that after they customize their e-stores they begin to see customers dropping in after a search for local representative. Nordstrom can’t say that, Clinique can’t say that.”

Brand representatives are also bringing hi-touch to this hi-tech capability by inviting shoppers on their e-store to meet for personal appointments where they can bring GWPs and samples.

“There aren’t many other sites who will set up an in-person visit with you to give you goodies,” Van said. In an age where metrics can be sliced and diced, driving insights against behavior is key. Van looks hard at performance on several parts of the site, namely the search function, “the number one thing they go to when they want to transact and leave.”

In these cases, Van considers the less time spent on site and the fewer pages viewed as a sign of success. On other hand, when someone is viewing videos and tips and tricks, staying on the site longer is key.

“There’s a direct correlation to time spent on the site, to basket size to conversion rate.”

To ensure it’s delivering exactly what users want, on one of Avon’s category pages, for example, it will run an A/B/C/D test where it serves up four versions of the page. Within two weeks the digital group estimates having a 95% confirmation of which version the user likes best.

“Then we create more of that experience to give her what she wants.”

While creating a state of the art site is one thing, driving traffic to it is another. But Avon’s got that covered, too. Two campaigns have launched, one featuring a set of three videos starring an everyday woman and how Avon plays into her daily beauty routine. Another campaign focuses on product and features a new innovation in skin care, ANEW Vitale, which targets the early signs of aging for Milennials. Digital buying firm icrossing is helping guide ad placements on sites such as Allure.com, said Matt Harker, Avon’s Vice President of Marketing in North America. The campaigns are also being promoted on social media platforms, where on places such as Facebook Avon can tap into consumer profiles.

Jessica Richards recently spoke to Beauty News about what’s flying off shelves at ...

Harris Williams conducted a survey to dig into the spending habits of beauty ...
Scroll Up