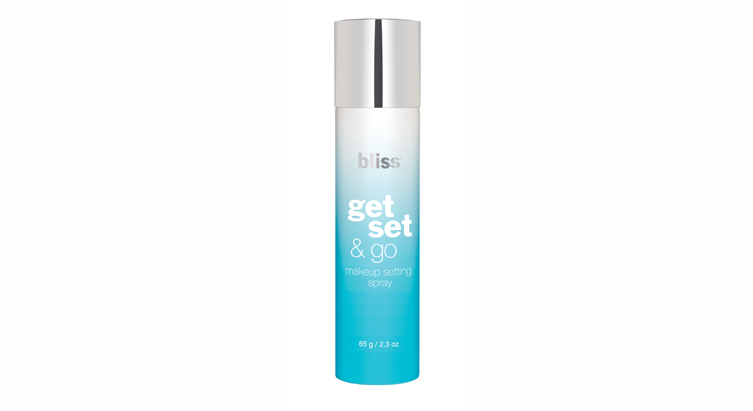 Bliss Embraces Lifestyle With Entry Into Cosmetics, Apparel, Tools
Bliss has been incorporating a wellness/healthy lifestyle path into its strategic plan since 2012 and now looks to transform many more lives with the launch of a massive lifestyle line, comprised of 300 sku’s.

The upcoming lifestyle collection from Bliss, which includes everything from cosmetics to tools to candles to active wear, could easily be one of the most natural expansions of a brand in recent memory.

In late May from a suite on the 43rd floor of the W Downtown Residence, Mike Indursky, President of Bliss World, presented items from each of the five categories the brand is entering beginning in the fall. Located just south of One World Trade Center with a bird’s eye view of the 9/11 Memorial, Mike shared that the company had moved from its 75 Varick headquarters to just a couple of blocks from here, on the Hudson River. All of the change—or evolution—is part of Mike’s mission to deliver a vision that addresses what the 18-year old company stands for now.

“When I first came in five years ago what I heard most from employees was that there was no vision. So I wanted to make sure there was a vision and the vision I saw was well being, which is part of a healthy lifestyle.”

Bliss has been incorporating this wellness/healthy lifestyle path into its strategic plan since 2012 and now looks to transform many more lives with the launch of a massive lifestyle line, comprised of 300 sku’s. Industry experts in each category were consulted with in order to deliver the most innovative designs and formulas for each collection.

This September, Bliss, will look to its 21 spas in cities including New York, Chicago, Los Angeles, and San Francisco along with their airport stores, and blissworld.com to showcase these items.

Bliss World, which is owned by Steiner Leisure, also revamped its website so that ecommerce is front and center and that consumers can directly purchase items online. For its first quarter, Steiner Leisure, which also operates Elemis spas on land and on cruise ships, saw a 5.7% decline in spa operations revenues to $188.6 million and a 7.1% increase in product sales to $45.1 million.

The various product categories appear to be natural extensions for Bliss. New makeup items include a Smoothing Mineral Primer SPF 15, Long Wear Liquid Foundation, Oil Free Tinted Moisturizer SPF 15 and a Makeup Setting Spray. Items will be presented and sold in makeup stations in the spas, and also offered for touch ups after a facial or massage.The lineup has much breadth, and expands from the aforementioned face items to also include color items such as a Gradient Blush, Eyeshadow Palettes, a Serum Infused Glossy Lip Stain and Brightening Sticks.

Naturally there is a nail collection—Bliss spas perform roughly 100,000 manicures and pedicures a year—which will become the focus within Bliss’ mani/pedi areas, and will include 60 Genius Polish shades, each of which are five-free and are infused with Milk Thistle Extract, Wheat and Soy Germ. There’s also a host of nail care items, kits and a Gel Top Coat that’s described as “so glossy, so strong there’s no need to stick your fingers under a lamp.” Bliss nail techs weighed in on everything from formulas to colors to bottle shapes, Mike said.

A complete brush assortment has been assembled, including a Powder Brush, a Contour Brush and several brush kits. There are also soy-based candles, available in six fragrances; air fresheners; at-home DIY tools, such as a hand held climate control device, and apparel.

Prices range from $5 for a nail buffer to $129 for a Climate Control hand wand. Candles will sell for between $10 and $60. Apparel will retail for approximately $20 to $60, but prices have yet to be finalized.

The Bliss catalogue has also received an overhaul and will re-launch in September as a quarterly.