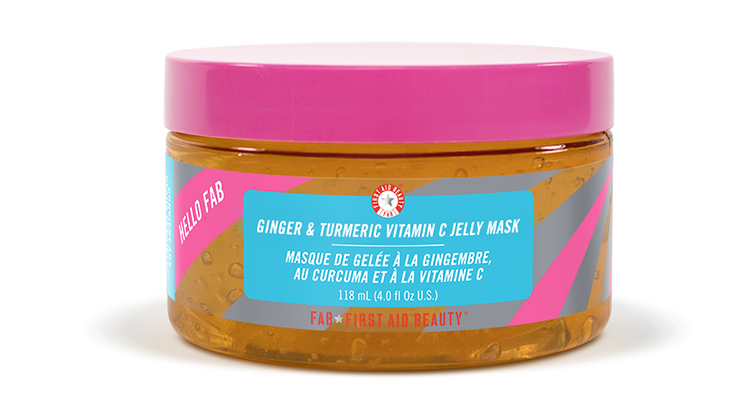 First Aid Beauty to Expand Hello FAB Collection
The brand will be adding new shades to its skin tint and highlighters and will be releasing two hydrating products in January 2018.

First Aid Beauty is expanding its Hello FAB collection. Launched in December 2016 with four skus, Hello Fab set out with the ambitious goal of bridging the gap between skin care and makeup for those with hectic and active lifestyles.

“We wanted to address the needs of busy women who want makeup that is good for the skin, but don’t want to spend hours in front of the mirror,” Lilli Gordon, First Aid Beauty’s Founder and CEO. “I was also heavily influenced by articles I read about young people sending their skin in downward spirals by using makeup to cover up their problems, without being mindful of the ingredients that could potentially be exacerbating their skin issues.”

“The primer is one of our top performers within our First Aid Beauty assortment,” said Lilli. “Right now, we’re the only skin care brand that’s featured in Sephora’s ‘Fast and Flawless’ landing page about primers.” The feature, which went live on Sephora’s website on August 17, runs through September 8 and positions the Coconut Skin Smoothie Priming Moisturizer within a carousel alongside makeup heavyweights Smashbox and Make Up For Ever. “This is a very big deal for us,” said Lili.

This summer, Hello FAB unveiled its first complexion product, Triple Protection Skin Tint SPF 30, with four shades ranging from fair to tan. A fifth shade, rich, will be introduced in January to round out the collection. “We really feel that with 5 shades we can cover the gamut of skin tones,” said Lili.The skin tints were released alongside another new item, Mango Butter Multi Stick, a hydrating highlighter available in two shades, with a third shade, Moonlight, expected to hit Sephora stores in October. “This new iridescent violet shade was created in response to the popular unicorn trend as we want to keep up with consumer preferences, which change all the time,” said Lili. “I predict the next big thing is going to be the fairy trend.”

To promote the idea that the color cosmetics in the line can be good for skin, a robust campaign began in mid-August around the theme, “Tint with Benefits,” featuring an integrated mix of display, video and high impact media. The brand will also be partnering with PopSugar in mid-September to promote the campaign theme on the media platform through the end of 2017. Additionally, Hello FAB will be continuing its partnership with top influencer Arielle Charnas of Something Navy, while also fostering its ongoing influencer network.

Just in time for the winter, the company will be releasing two new products meant to hydrate the skin. The first product, Coconut Water Cream ($34), is a light-weight moisturizer made with coconut water, antioxidants and sodium hyaluronate meant to boot skin’s moisture. The second, Ginger & Turmeric Vitamin C Jelly Mask ($32), is a clear face mask infused with extracts of the ingredients the product is named after. As the brand is exclusive to Sephora, both items will be releveled to consumers in an online preview on Sephora.com in December, followed by an official in-store launch in January 2018. However, the mega-beauty retailer won’t be the last stop for the brand.

“That’s where we are now, but that’s not the only place we will be forever, is all I can say,” hinted Lili.