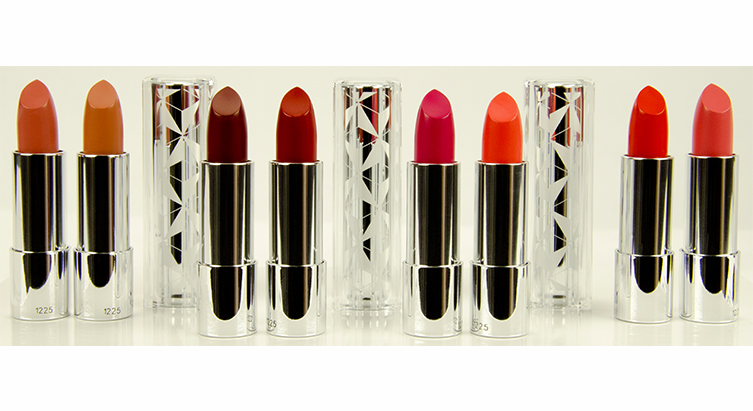 With the mergers-and-acquisitions market on full blast, indie beauty brands are scoring big paydays by ending their independence.

“It is a phenomenally hot sellers’ market,” said Steve Davis, Managing Director and head of the Beauty and Personal Care Practice at Intrepid Investment Bankers LLC. “Based on the number of deals in October and November alone, we are anticipating a big Q4, and assuming the market holds up, a robust 2015 in terms of beauty care deals.”

The field of potential targets is widening as acquirers scout smaller and smaller brands. At one time beauty conglomerates wouldn’t consider purchasing brands that generated less than $20 million in annual revenues, said Andrew Shore, Managing Director at investment bank Moelis & Co. But times have changed. “The best ideas are probably from the smaller companies, and there aren’t that many big companies. It is that simple. You have to think small and, hopefully, you can create something that is the next MAC or Bobbi [Brown,]” he said. “The supply is in small companies, and they are not only small, they are doing things that the big guys can’t do.”

“They’ll do 10 deals and six of them will be nothing, two of them will be OK and two will be the next MAC. They say, ‘Let’s buy them when they are small as opposed to later on when they are more expensive. We are probably better positioned to expand their distribution.’ They have the time and resources to do that,” he said. Deutsche Bank owns 1 percent or more of Lauder’s common equity securities and has received non-investment banking related compensation from the company.

L’Oréal tends to buy comparatively more established companies, although it’s not a hard and fast rule. The beauty giant’s pick-up of Brazilian beauty leader Niely Cosmetics, mass color cosmetics brand NYX, Chinese facial mask specialist Magic Holdings and even multicultural hair care brand Carol’s Daughter fall in line with an appetite for sizable companies. On the other hand, the company’s takeover of Baxter of California (an entrée into the premium men’s personal care market) and foundation-matching upstart Sayuki Custom Cosmetics (a bid for possibly ground-breaking technology), show L’Oréal is willing to take small bites rather than large swallows on occasion.

For the most part, Deutsche Bank’s William Schmitz said, “They [L’Oréal] will do much bigger deals because their balance sheet is a lot bigger and broader. Clarisonic is an example where they had proof of concept. Lauder’s view is that they are an incubator. They will do deals that won’t matter from a P&L perspective for years.”

L’Oréal is advancing specific initiatives with its purchases. Magic Holdings and Niely expand its global reach. Upon the deal for Magic, L’Oréal Chairman and Chief Executive Officer Jean-Paul Agon said, “This acquisition marks the acceleration of our conquest of new consumers in China.”

Carol’s Daughter raises its profile in a multi-ethnic segment that’s increasing as diversity in the U.S. rises. In contrast, Moelis’ Andrew Shore views Lauder as interested in tapping into underlying beauty trends with its buys, notably trends involving artisan goods and top-tier luxury. “Everyone wants to feel loved and to have something special and different,” he said of the artisan trend, continuing about luxury, “We see that products $100-plus are seeing well above double digits [in growth,] and super expensive is doing even better.”

Among the recent crop of deals, there aren’t many shockers, but Intrepid’s Steve Davis said Japanese company Kosé Corp.’s gain of Tarte Cosmetics is certainly very intriguing. “Kosé prior to doing the Tarte acquisition was very focused on prestige skin care, and I think it is a great move for them. Tarte is a great platform in terms of extending into color cosmetics and expanding into the U.S. Relative to the direction they were headed in, it was a shift in strategy, but a smart shift in strategy,” he said.

As the American economy and its consumers demonstrate health relative to their global counterparts, beauty players outside the U.S. are expected to pursue deals here. Shiseido Co., Amore Pacific Corp., Kao Corp., LG Household & Health Care and Li & Fung Ltd. (the supply chain manager that bought personal care product marketer Lornamead in 2013), could be on the hunt for deals, according to Steve, who also conjectures Indian companies such as Ayurvedic medicine manufacturer Dabur, sprawling conglomerate Godrej and Wipro (an IT consulting company with a consumer care division), could eventually take steps into the U.S. market via beauty acquisitions.

“For most of those big businesses, North America is in the long term a key part of their consumer growth strategy,” he said. Conversely, American firms may look abroad and contemplate pushing the needle forward on global development by merging with the likes of Shiseido or Amore Pacific.

Back on the domestic front, all eyes are on Procter & Gamble, now focused on culling brands, and Coty Inc., to see if they will become aggressive acquirers as soon as they put current difficulties behind them. With fragrance being hit – Coty’s fragrance sales fell 2.7 percent in the first quarter – Coty could use acquisitions to reduce its dependency on fragrances that account for the majority of its business. Coty has announced its intention to buy color cosmetics brand Bourjois from Chanel.

In general, companies need sources of growth because they are having a hard time growing. And these brands will undoubtedly have followers on the path to consolidation in the beauty industry as cheap debt and a hunger for growth thrust buyers toward deals, and steep purchase prices and barriers to entry blocking beauty upstarts from further retail distribution encourage sellers to get them done.

Anastasia Soare created the brow category 25 years ago. It's why her company, ...
Scroll Up