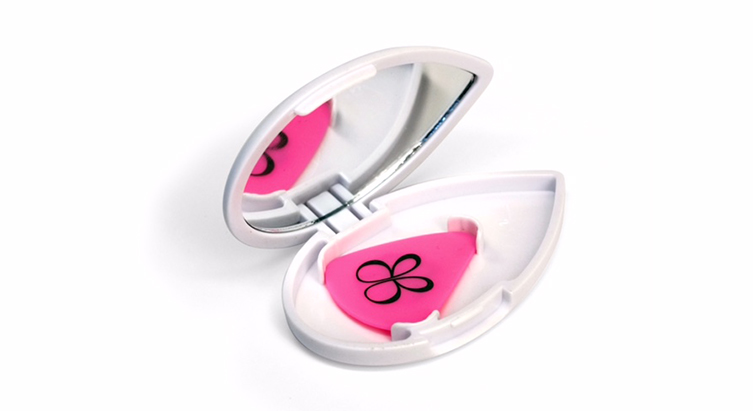 Beautyblender, the egg-shaped sponge, has certainly come a long way from its humble beginnings as a tool invented by Rea Ann Silva 13 years ago to create foolproof faces under the scrutiny of high-definition television cameras. Expanding to 15 stockkeeping units this spring and selling swiftly at Sephora, HSN, Nordstrom and Macy’s, Beautyblender demonstrates that a single differentiated item can be worth more than a hundred me-too products.

But innovation isn’t always an easy sell. In the early days of Beautyblender, Rea Ann encountered skeptics as she pushed beyond professional beauty outlets. “Nobody had ever seen anything like Beautyblender. It looked really cute and perhaps some thought it was a gimmick, but, when they used it, they would go, ‘Oh my, it is amazing,’” she said. “I had a lot of education to do. When I entered the consumer market, I had to talk about it in a way that a consumer would understand rather than a professional.”

Beautyblender might not be the phenomenon it is if it weren’t for merchant David Altman. In 2005, the former Vice President of Merchandising for Victoria’s Secret Direct took a chance on Beautyblender and prodded Rea Ann to think of her product as part of a bigger business. That was the start of what she believes has today become an established category of edgeless applicators within the beauty industry.

“I was a makeup artist. I wasn’t a business person,” said Rea Ann, whose many film and television credits include “The X Factor,” “Eve,” “Chasing Papi,” “The Basketball Diaries” and “Moesha.” “He was asking me about delivery times and minimums, and it was a light bulb moment for me. I realized at that point that there was a huge opportunity for me and, if I could make this relationship work, I might have a whole different customer. I was thinking about supporting makeup artists at that time.”

Victoria’s Secret, though, didn’t lead to overnight success. The lingerie powerhouse pivoted away from the cosmetics stores it was developing, and a concurrent stint on QVC proved ill fated. “It was the wrong time,” said Rea Ann of her QVC experience. “Sponges were considered dirty if you used them twice, and the QVC buyers didn’t understand a system where you use them, clean them and use them again. They were fearful. They thought their customer would never understand it.”

Seven years later, increasingly sophisticated consumers gobbled up information about Beautyblender spread by bloggers and vloggers, and Sephora opted to launch Beautyblender on its website. Beautyblender then exceeded Sephora’s sales predications online and broke into brick-and-mortar.

“Before Sephora came, we were doubling and, when Sephora came, our growth was 400-plus percent, just crazy,” said Rea Ann, adding that last year Beautyblender’s sales doubled again. The brand has now stretched outside the U.S. to the Middle East, Australia, Asia and the European Union.

Beautyblender’s growth persists despite rampant copying. Cheaper rip-offs have multiplied since Rea Ann spotted the first imitator in 2007. “It broke my heart. It wasn’t an exact replica of a Beautyblender, which nobody could really make for technical reasons. Beautyblender is handmade in the United States,” she said. “The way to respond is to not respond. We are the original and the category creator. Fortunately, it has not affected our sales. In fact, it was such an inferior product it actually made my product look better.”

Macy’s, Nordstrom and HSN followed Sephora in stocking Beautyblender. Rea Ann’s experience on HSN is drastically different from her prior experience on QVC. “The biggest major difference is it’s me selling it. I’m an expert on the product, and I know how to sell it,” she said. “People are a lot more educated and, they tune in not only to purchase, but to learn about the products, and we have learned how to talk about the benefits of Beautyblender and how to clean it.”

At its retailers, Beautyblender is carving out a niche as an application specialist. That specialty extends further than its signature bright pink sponge. This spring, Beautyblender launched Liner Designer, a flexible silicon version of a guitar pick that helps women draw precise lines with their eyeliners. Its companion compact has a suction cup and a powerful magnifying mirror that’s meant to be positioned at eye level during eyeliner application.

“Application is the biggest challenge for women. They have an expert in the store find the right makeup for them, but, as soon as they go home, they have to put it on themselves, and they aren’t able to get the same application as the professional,” said Rea Ann. “With Beautyblender, there is absolutely no learning curve. There is virtually no wrong way to use it. It gives women a great sense of confidence.”

A marketing whiz and champion for authenticity, the new President of Maybelline New ...
Scroll Up