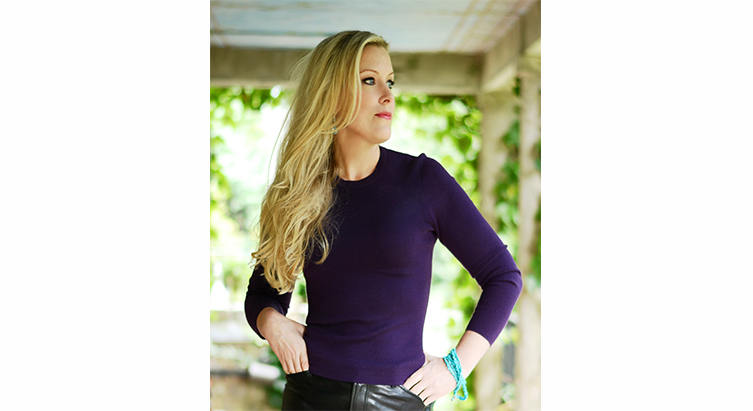 Indie Spotlight: Kat Burki’s Indirect Route to Luxe Beauty
Kat, formerly a health policy executive, had her eureka moment when she connected how the body absorbs nutrients with how skin care can help repair what needs attention.

Few people associate the world of HMOs and disease management with luxury skin care. But then Kat Burki’s path to building her eponymous skin care brand has been anything but conventional.

“I’ve had an indirect route into skin care. None of this was ever thought about or predetermined,” said Kat, not understating her beauty trajectory. With a jurors doctorate in health care law and masters degree in health policy,  Kat’s focus for many years, alongside epidemiologists, was on studying diseases around the world and their link with nutrition.

Kat’s light-bulb moment came in 2011 when she made the connection between how the body absorbs nutrients and skin care as a way to repair itself. So began Kat’s brand journey—“I did everything the hard way,” she said—with nutritional science underpinning her range of luxury anti-aging products.

Today, Kat Burki has retail sales of $15 million globally, and is one of Space NK’s top three skin care brands in the U.S., where it reached $2 million in sales last year. This represents a 95 percent growth rate over the previous year, and the brand is on target to continue growing in 2017. Kat Burki has also expanded internationally, and has launched in the U.K., Canada, Germany, Italy, Israel, Russia and Singapore.

Kat Burki’s super-nutrient concept has its roots in nutrition synergy: certain ingredients, when combined, work together to reinforce the potency and absorption of the whole. Think vitamin D helping the absorption of calcium in supplements, for example. Kat has harnessed the same concept in her skin care featuring ‘super ingredients’.

“Vitamin C has been our handshake to the world,” said Kat. “It has given trust and credibility to the brand.”

Introducing four body care products in Henri Bendel in 2013, which Kat viewed as a softer entry into the marketplace, gave her the confidence to launch her Rosehip Serum with Vitamin C (which she had been wearing privately). The rest happened quickly: entry into Space NK and Nordstrom, followed by a succession of product launches including a face mask, elixir, serum, and a Vitamin B collection.

With its nutrient-dense products devoid of fillers such as water, alcohol and dimethicone, Kat sees her brand as going “beyond natural, beyond green. Green means you shouldn’t put things in skin care.” And while she has embraced cold processing since the very beginning because it preserves the integrity of ingredients, she sees the brand as going beyond that signature technique. “After all, you can be cold processing dandelion.”

Kat’s long-term aim is “to become a significant beauty brand. We are a new generation luxury brand. A lot of luxury brands could stand by their name, story and mystery before. You can’t do that anymore.” For Kat, it’s about bridging the gap between luxury brand and customer, and disseminating the nutritional science message in as friendly and engaging way as possible, both in-store and online.

Kat is sole proprietor of the brand, in conjunction with her brother-in-law who was an investor at the seed stage. (The shared last name often leads people to believe that they are husband and wife!). The brand has a U.K. and German team, and views its retail partners as an extension of the team. “We are building the brand through our retail relationships.”

In her spare time, Kat is still drawn to her former, familiar world of health and epidemiology. “I read a lot. I love scientific studies and journals. I can lose myself in that,” she said.

Achieving balance is on ongoing mission. “It’s hard. You make up for it whenever you can. I just had a no-computer weekend. The most exciting thing was that I had a dumpster delivered to my home, and it was so exciting to be throwing things out!”

There isn’t one particular topic that grabbed the attention of Beauty News readers ...

The role of beauty editors has shifted as influencers have become a go-to ...
Scroll Up