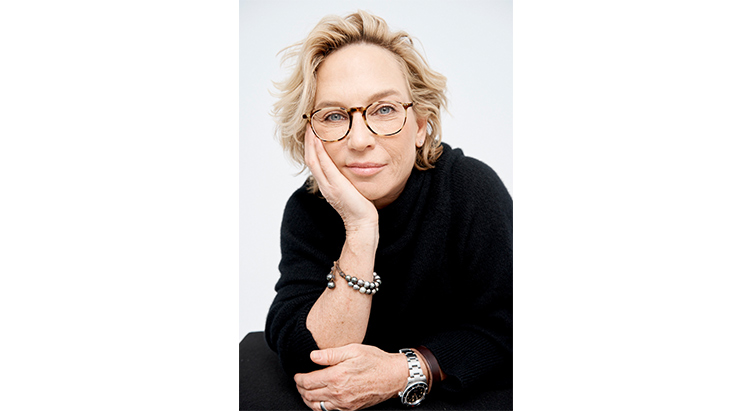 Indie Spotlight: Q&A WITH MELISSE SHABAN, CEO, VIRTUE LABS
The hair care line, which launched in February, offers 13 products, which will more than double over the next 18-months as they introduce color performance products and service items.

In 2012, Melisse Shaban, CEO/Founder of Virtue Labs, had been in the beauty and personal care industry for more than 25 years. To say she was tired and in need of a breather was an understatement. So, she took a much needed break, during which she was asked by a good friend to take a look, just a look, at a piece of technology that a group of bio-scientists were working on to help wounded soldiers heal faster. According to rumors that were circulating, it might also repair hair. “Virtue was really born out of unexpected consequences,” said Melisse. “I found a team of people who were putting military grade science into hair care.” What a regenerative medicine lab had accidently created was Alpha Keratin 60ku, keratin in its most pure form.

Funding also came by accident in another unusual place, the golf course, where she met a man who worked at Piedmont Capital, a third-party marketing firm. “He really bets on people first,” she said. “He did the initial seed round.”

Virtue started with several million dollars. At the close of their B-round this past August, they raised over $20 million.

The line, which launched in February, offers 13 products including: One for All 6-in-1 Styler, Uplifted Volumizing Whip, Finale Shaping Spray, and shampoo and conditioners that focus on smoothing, recovery and volumizing.

According to Melisse, that number will more than double over the next 18 months as they introduce color performance products and service items. CEW Beauty Insider recently chatted with Melisse about how she was seduced back into the beauty business, what challenges she faced working with an expensive molecule and how she plans to spread the word about her new venture.

Beauty Insider: How did an ingredient helping wounded soldiers grow into a hair care line?
Melisse: It’s a bit of a fluke. Dr. Luke Burnett, the chief scientist behind the development of this technology, is a retired Colonel from the U.S. Army. He made it his mission to find ways to speed healing and improve quality of life for soldiers, which was based on this newly-patented form of the human protein, keratin. A young PhD candidate intern, a woman, working in his lab had family members in the beauty industry. She asked if she could perform some experiments on the side using leftover material. She had heard of keratin in hair care, and wanted to test some things out. A few experiments later, they liked what they saw for hair repair, and that’s when I was called in to take a look.

BI: What were some of the challenges in bringing these products to fruition?
MS:

The technology is both a huge blessing, and a challenge. No one that I know of has ever worked with a whole human keratin protein in beauty before, and no established labs could extract the protein for us – we looked at both beauty and pharma. The first challenge was building our own extraction and purification lab. Next, the protein is amazing, but she doesn’t play well with others. Getting it to remain whole and functional inside a hair care formula was the next hurdle, but we did it. We invested a lot of time and money in getting the formulas not only esthetically pleasing, but highly functional.

BI: How are these products different from others on the market?

MS: It’s the only product with whole, human keratin protein that’s capable of ‘seeing’ where the damage is in a strand of hair, and going there, and adhering naturally to ‘repave’ and repair damaged spots.

BI: What are you doing to spread the Virtue word?

MS: To date, it’s mostly digital. But we’ve found that the best way to convert a sale is to get products in people’s hands and on their heads. Sampling is a key part of our strategy. We’re also branching into salons. We’re already in 35 at the moment. And we’ll continue to use an omnichannel approach while building a loyal database. It’s been a truly exciting project to be part of, one that I feel makes a difference.

Consumers are leaning into skin health—and are looking to tech for answers that ...