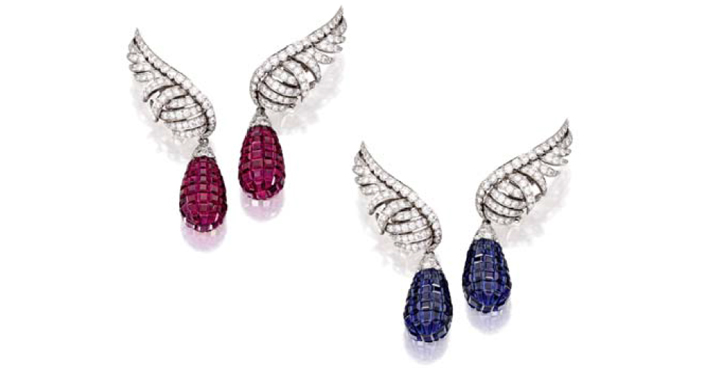 Lauder Jewels Are Going, Going…
Jewelry from the collections of the late Estée Lauder and late Evelyn Lauder look to raise money for charities both women held close to their hearts.
Leonard A. Lauder is auctioning off jewelry for the sake of raising money for two charities that were dear to the women who the jewelry once belonged.  According to Sotheby’s, Mr. Lauder will be selling 44 pieces of jewelry from his mother Estée’s and his late wife Evelyn’s collections, which will benefit the Alzheimer’s Drug Discover Foundation and the Breast Cancer research Foundation, respectively.
The auction will be part of Sotheby’s Magnificent Jewels event on December 9, where the proceeds of 33 pieces from Evelyn’s collection and 11 pieces of Estée’s collection will benefit the charities. Sotheby’s previously auctioned jewels from the collections in December 2012 and 2013 to benefit The Breast Cancer Research Foundation.
The jewels on offer this December include designs by Van Cleef & Arpels, Cartier, David Webb, Buccellati, and Oscar Heyman & Brothers – one of Evelyn H. Lauder’s favorite New York jewelers – and are led by one of Cartier’s rare and iconic Tutti Frutti bracelets, made circa 1928, with an estimated value of $750,000 to $1 million. A group of wearable evening and daytime jewels estimated under $20,000 complements the more formal pieces.