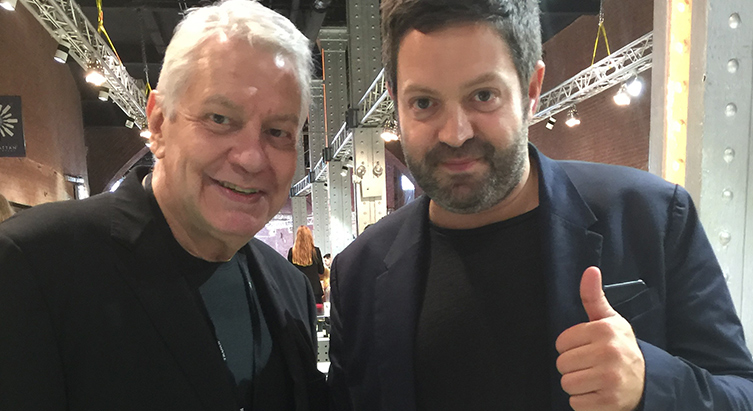 Tranoi New York Focuses on Fragrance Stories
Brand and scent inspirations alike were targeted and detail-oriented, taking on everything from Victorian perfumery to bloody ocean battles to sunset partying in disco-era Mexico.

Held on September 17 to September 19 at The Tunnel on the West Side of Manhattan, Tranoi New York was a study in specifics.

The highly-curated trade show, which spotlighted 150 artisanal fashion, accessory and fragrance brands from across the world, was designed to highlight distinct and specific points of view.

“It’s a quest to be different. People don’t want to go to [a store] anymore to buy their perfume. That’s so mainstream,” said David Hadida, Chief Executive Officer of Tranoi, which plans to expand to Asia in 2017. “People want to be different today, from the way they dress to the way they scent themselves. We are trying to bring something new to the American market that’s not found at the bigger shows.”

Walking through the open-air, boutique-like layout, which attracted a few thousand attendees, including buyers from Shen Beauty, Harvey Nichols Dubai and Bauhaus, it’s clear niche fragrances are having a moment.

“I feel like the signature-scent era is over,” said Kim-Van Dang, Founder of KVD NYC, which curated and produced Tranoi’s first New York fragrance edition. The show debuted in Paris in January. “People don’t want to be dictated to. They want to go, seek, find and surf. There’s room for more voices now.”

In terms of fragrance, 50 niche brands were in attendance from countries including Norway, Turkey, Italy and Singapore. Brand and scent inspirations alike were targeted and detail-oriented, taking on everything from Victorian perfumery to bloody ocean battles to sunset partying in disco-era Mexico.

“People are fascinated by fragrances that surpass the traditional,” said Eric Weiser, founder of Twisted Lily, during a panel about fragrance trends. “What does a solar eclipse smell like as opposed to the earth? [The concept is] psycho-emotional, fantasy fragrances.”

Panel members discussed rediscovering historical plants, plays on gender, the pervasion of lactones and animalistic notes, and an increase in the blatant use of synthetics. Yet, the biggest theme by far centered on information-packed, moment-precise storytelling.

“We’re really looking for a way to see part of ourselves in [scent] stories,” said panelist Douglas Bender, a perfumer and writer for Charenton Macerations. “There is a new push for authenticity. We are starting to see people trying to find another type of ‘real.’”

For Stephen Dirkes, Founder of Euphorium Brooklyn, an immersive storytelling stance is evident in his fragrance line, which is based on a film he made about three fictional 19th century perfumers.

“I like burying super creepy, super dirty, super weird things in a cloak of sobriety,” said Stephen, who revealed one of the film’s plot lines includes the trio getting drunk together in Brooklyn, then realizing they all had a relationship with the same opera singer, and in turn, with each other. “Each fragrance is another chapter. It’s information overload, a rabbit hole you can choose to go down as deep as you want.”

The floor featured a variety of brands showcasing directional, unique offerings, such as mood-changing body elixirs, ceramic candle flacons shaped like noses, nomadic scents, emotional burning objects inspired by mind reading, fine fragrances that captured various times of day and fragrances based on personal memories, such as the scent of a mother’s favorite leather jacket.

“It’s about the story, a place and a time, the evocation of an olfactive experience,” said Carlos Huber, Founder of Arquiste Parfumeur, who interpreted his father’s experiences in Acapulco circa the Sixties and Seventies in his new scents, El and Ella. “We wanted to represent a scent that macerates on skin after a whole day of being in the sun.”

Another brand on the floor with a story to tell was Beaufort London, which is based on seafaring culture, and interpreting historical events like the Battle of Trafalgar, a “bloody smoky sea battle” with notes of gun powder, lime, birch, tar, sea spray and brandy. “This collection is inspired by the aspect of British naval history which resonates with me since my family’s past is sailors in the Navy,” said the brand’s Creative Director, Leo Crabtree. “We forget that anything that’s ever happened of any interest to England has generally been a consequence of the sea.”

Beaufort’s scents captured everything from the scent of Shakespeare’s The Tempest, to the passage of time, and even the illicit opium trade. “We don’t mess around,” said Crabtree. “We have a style that we stick to and it’s intense and unapologetic.”

One of this year’s finalists for CEW's 2022 Beauty Creators Awards in the ...
Scroll Up