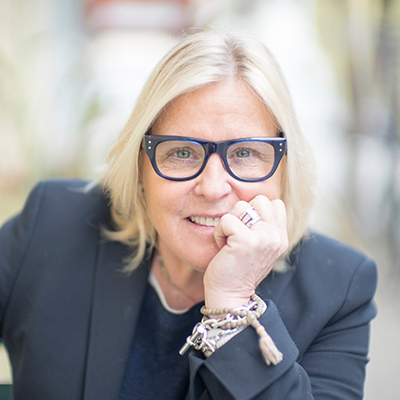 Amy’s multifaceted career has ranged from founding and operating companies, to investing in startups, to volunteer nonprofit leadership. Currently, Amy is Founder and CEO of Madison Reed, an omnichannel beauty brand that is challenging industry titans in the hair color space. She is also a Venture Partner at True Ventures, focusing on investments in consumer and ecommerce startups. Prior to founding Madison Reed, Amy was a General Partner responsible for the Bay Area office of Maveron, a leading venture capital firm focused on the consumer sector. Before Maveron, Amy was CEO of Olivia, where she repositioned the travel business as a complete lifestyle company. Amy also served on the senior management team at E*TRADE where she diversified the company beyond its brokerage offerings and ran a $200 million business. This followed 10 years as Founder and CEO of The Spectrem Group, a worldwide strategic consulting firm. Amy sold Spectrem to NFO, an IPG subsidiary. In 2015 and 2018, Amy was named one of the “Bay Area’s Most Influential Women in Business” by the San Francisco Business Times. She was also a finalist for Ernst & Young’s Entrepreneur Of The Year ® 2018 Award in the Northern California region, which she won in 2006 for the consumer category. Amy believes in the power of giving back and dedicates herself to supporting humanitarian organizations. Amy is a member of San Francisco’s Barbary Coast chapter of YPO (Young Presidents’ Organization), and serves on the boards of the University of Connecticut Foundation, Common Sense Media, Glide, and Madison Reed. Amy earned an M.B.A. in finance from the Wharton School at the University of Pennsylvania and a B.A. in liberal arts from the University of Connecticut. In 2014, UConn inducted Amy into the School of Business’ Hall of Fame for her “remarkable and inspiring business career” and leadership in her community. Amy is a fanatical UConn Huskies fan where she was a student athlete. A New York native, she is inspired by nature, and her favorite hobbies are skiing, snowboarding, horseback riding, and fly fishing. She and her wife, Clare, live in San Francisco with their daughter, Madison Reed.