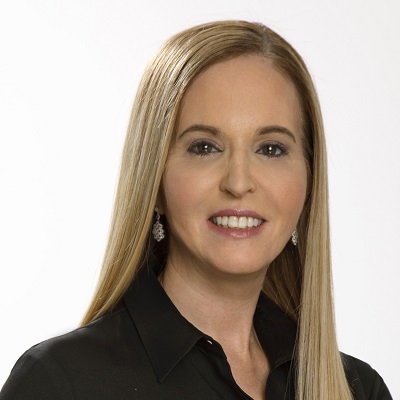 Deborah Weinswig is the CEO and Founder of Coresight Research, a research and advisory firm that focuses on the intersection of retail and technology. Coresight provides retailers, brands, solution providers, startups, and investors with insights, data, advice to anticipate change and profit from the disruption reshaping the global retail landscape. The company has offices in Africa, Asia, Europe, India, and the U.S.
Deborah is a recognized retail industry expert and thought leader and her global perspectives and insights are regularly featured in national business publications including The Wall Street Journal, The New York Times and Barron’s, as well as on Bloomberg TV and CNBC. She also speaks frequently at leading industry conferences including CES, Cosmoprof, Fortune Global CEO Summit, Groceryshop, The National Retail Federation, REcon, Shoptalk, and ULI.
Deborah has built Coresight Research into one of the leading research and advisory firms in retail and technology. Coresight’s areas of expertise include global cross-border ecommerce, startup innovation, emerging markets, digital transformation, and all things consumer. In addition, the deep expertise in the China market enables the firm’s clients to leverage next generation technology in all aspects of their business. In 2020, the company created the 10.10 Global Shopping Festival in the US with over 100 retailers, 12 philanthropies and 12 startups participating to successfully pull holiday sales into October to alleviate the supply chain challenges of 2020.
From 2014 to early 2018, Weinswig served as the founding Managing Director of Fung Global Retail and Technology (FGRT), the research arm and Think Tank for The Fung Group, a leading trading and supply chain management company based in Hong Kong. In this role, she helped identify early stage companies to partner with The Fung Group, was instrumental in opening The Explorium Innovation Lab in Shanghai, and partnered with global governments to author white papers on topics including the long-term impacts of an aging population, the role of platforms in changing shopping patterns, and the electrification & autonomy of the automotive industry.
Deborah’s deep knowledge and understanding of global retail and emerging technology trends were fostered through her extensive banking career, which included 12 years as Head of the Global Staples & Consumer Discretionary Team at Citi Research, as well as senior research positions at Bear Stearns and Morgan Stanley.
Throughout that time, Deborah was consistently ranked among the top analysts in her field by such prominent publications as Institutional Investor, where she was ranked #1 for 10 consecutive years, and Business Insider, which named her as one of Wall Street’s top 36 analysts. She has consistently been ranked as one of the top three Retail Influencers by LinkedIn, Vend, and Twitter. In addition, she has received many accolades including the Asia
Retail Congress Retail Leadership Award and the Researcher Award for Outstanding Service by the International Council of Shopping Centers (ICSC).
Weinswig serves on the board of directors for GUESS?, Inc., Kiabi, and Xcel Brands, Inc.
She also sits on the Boards of many philanthropic organizations, including Goodwill Industries New York/New Jersey, and Street Soccer USA. One of her greatest accomplishments in 2020 was founding RetailersUnited, a nonprofit dedicated to SME retailers and fashion brands that have been impacted by COVID.
With a passion for innovation and for cultivating the next generation of retail, Deborah has been instrumental in helping several U.S. technology startup companies develop and implement retail technology systems and strategies that have been adopted by top-tier, national retailers. She serves as a mentor to Alchemist Accelerator, Entrepreneurs Roundtable (ERA), Grand Central Tech, New York Fashion Tech Lab, The Cage (powered by the Lane Crawford Joyce Group), Plug & Play, Revtech Ventures, Techstars, Truestart (UK), and XRC Labs, is an advisor to Shoptalk, and also serves on the advisory boards of several early-stage companies in both the U.S. and Hong Kong. In addition, she is on the advisory board of the Northwestern Retail Analytics Council and the World Retail Congress. She was one of the founding members of the Oracle Retail Strategy Council and is an active member of the ICSC Research Task Force.
Deborah is a Certified Public Accountant and holds an MBA from the University of Chicago Booth School of Business. She lives in New York with her husband and two children, two dogs, and two guinea pigs.