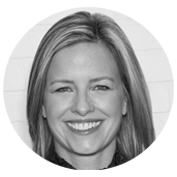 Megan has had a stellar career at L’Oreal, starting in 2002, where she started as a Marketing Manager for L’Oreal Paris. She moved up the ranks at L’Oreal Paris and in 2006 took over as VP cosmetics, which she ran for 3 years. In 2009, Megan joined Kiehl’s Since 1851 as VP Marketing, was promoted in 2010 to SVP Marketing, and promoted to Deputy GM with responsibility for Sales and Marketing in 2013. Under Megan’s leadership, the team successfully launched Healthy Skin essentials, achieving double-digit growth and notably becoming the fastest growing facial skincare brand in the category, and she has been a key driver in continuing to modernize the business model especially the retail and ecommerce side of the business.

In 2014, Megan was promoted to General Manager for The Body Shop charged with transforming and modernizing the brand in the US Market. During her three years at TBS, Megan relocated the business headquarters to NYC, building a new dynamic and collaborative team. Under her leadership, the look, feel and operation of TBS retail stores dramatically shifted, the wholesale business more than doubled allowing for a more diversified business model and digital became the #1 priority for the brand helping to quickly drive the business back to growth.

In November 2017, Megan came back and took on the role of Brand President for Kiehl’s Since 1851. She continuously strives and works hard with a goal of making Kiehl’s the #1 skincare brand in the US with the help of her team. Her leadership, business expertise, passion and energy are instrumental in the growth of Kiehl’s.