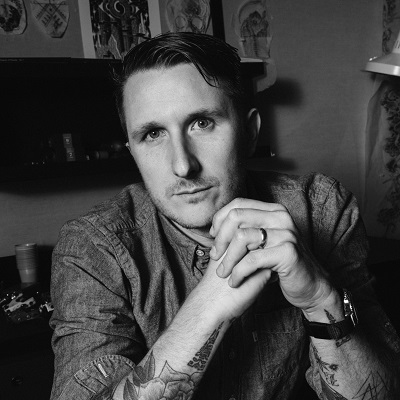 Scott Campbell is the Co-Founder of Beboe, where he oversees the product development and design of the brand’s stylish, quality-driven cannabis collection. Born in Louisiana, Campbell is known throughout the world as being one of the most talented hands in tattooing. His appreciation for cannabis began at an early age when his Grandmother Be Boe, for whom the brand is named, would bake weed brownies to help his mother tolerate chemotherapy. His experience motivated him to eventually create an upscale product to destigmatize and celebrate the medicinal and social credibility of cannabis. After a brief career as a biochemist at the University of Texas, Campbell abandoned his plans to be a medical illustrator and moved to San Francisco, where he began tattooing. He later moved to New York to open the legendary Saved Tattoo in Williamsburg, Brooklyn, whose clientele has included Heath Ledger, Johnny Depp, Jennifer Aniston, Justin Theroux, Robert Downey Jr. and Travis Scott. Campbell’s unmatched creativity and sincere passion for art of all mediums earned him highly sought after partnerships with brands like Louis Vuitton, Marc Jacobs, Berluti and Moët Hennessy. His career often brought him to social gatherings with the world’s most elite people and brands and he wondered how marijuana could be fused with, what he calls, “dinner party culture.” His goal was to design a sophisticated product that a dinner guest like himself could proudly bring and openly use to socially enhance the evening, held in the same regard as a nice bottle of wine. While in New York, Campbell met retail industry executive Clement Kwan through mutual friends and discovered a shared love for cannabis and the surrounding culture. In late 2014, Campbell and Kwan started For Success Holding, a brand-first portfolio of companies offering a conglomerate of products, brands and experiences for the new cannabis consumer. In early 2017 they launched Beboe, the inaugural brand from For Success Holding. With Beboe, they hope to destigmatize legal cannabis and broaden the definition of a marijuana user through an elevated brand that speaks to a more discerning cannabis consumer. Campbell’s levity and precise attention to detail is seen throughout Beboe: each product is adorned with his designs and precisely dosed to be enjoyed in any social setting.