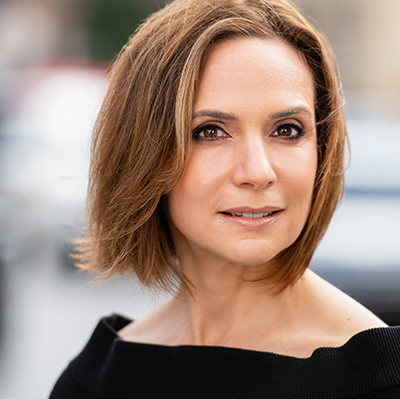 Elana Drell Szyfer is a 25-year veteran of the cosmetics industry. Her experience spans working across multiple product categories and brands. Elana developed and honed her knowledge and skills at leading global companies and later transitioned to senior leadership roles at independent brands. She is passionate about the industry and considers the industry network of vibrant and dynamic colleagues and friends as one of her greatest professional accomplishments.

Elana is currently the CEO of ReVive Skincare, a role she has held since December 2017, when Tengram Capital Partners acquired the company from Shiseido. Elana played a key role in the due diligence process, was instrumental in standing up the company as an independent entity and spearheaded the company’s current strategic plan including its significant international expansion.

ReVive is the second portfolio company that Elana is leading for Tengram Capital Partners. From July 2014-June 2017, Elana led Laura Geller Beauty, also as the CEO, prior to its sale.

In addition to her CEO role, Elana is an Operating Advisor at Tengram Capital Partners. In this role, she advises on Tengram’s beauty portfolio and helps source new investments. She currently serves on the Board of Algenist Skincare and Cos Bar, the specialty retailer. She previously served on the boards of Nest Fragrances and This Works Skincare.

In 2013, Elana was named the Chief Executive Officer of AHAVA Dead Sea Laboratories, having served as Chief Operating Officer and Chief Executive Officer of AHAVA North America since 2010. Elana directed a successful brand repositioning, including efforts to elevate and redefine the brand’s image and distribution strategy while increasing brand awareness.

Elana joined The Estée Lauder Companies in November 2004 as Vice President of Global Marketing for Prescriptives. She went on to serve as Senior Vice President of Global Marketing for the Estée Lauder brand from 2007-2010. Elana’s experience also includes positions at L’Oreal, Inc. and Avon Products. During her tenure at L’Oreal, Elana worked at the European Designer Fragrance, Biotherm, and Lancôme divisions.

Elana is a board member of Cosmetics Executive Women, is a member of the Alumnae Legacy Circle of Columbia College, and is on the advisory Council for NYU Stern’s Fashion and Luxury MBA program. She is also a member of Chief Women’s Executive Network.

Elana received the James E. Marshall Foundation Beyond Beauty award in 2018 and the March of Dimes Spirit of Beauty award in 2015 and was named a Woman of Influence by UJA’s New York Chapter in 2013. In 2012, Elana was named a Woman to Watch by Jewish Women International, Received the Tower of Light award by Jewish International Connection of NY and was named as one of the 50 Most Influential Jewish Americans by The Forward.

Elana holds a B.A. in History from Columbia College of Columbia University and an M.B.A. from Stern School of Business, New York University.

Elana lives in New Jersey with her husband Claude G. Szyfer. The couple has three daughters, Sofia, Isabella and Paloma ages 19, 17 and 14.

Elana is passionate about travel, art and French language and culture. She is an avid exerciser and a devotee of movies and stand-up comedy.