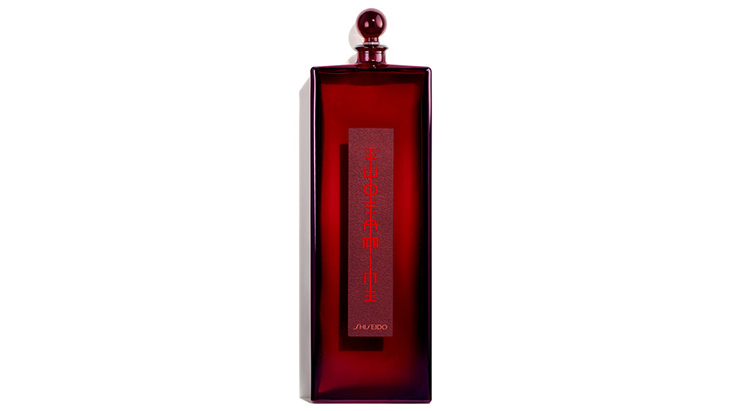 Beauty’s Iconic Brands Hold Their Own
As indie brands increasingly challenge the dominance of multinationals, several iconic brands are making sure that their hero products – those that are frequently synonymous with the brands themselves – are mightier and more relevant than ever.

As indie brands increasingly challenge the dominance of multinationals, several iconic brands are making sure that their hero products – those that are frequently synonymous with the brands themselves – are mightier and more relevant than ever.

What it does: This ‘moisture-drink’ was formulated to create healthy skin as a last step in a three-step regimen by balancing out oil and water. When oil and water in the skin are off balance, skin doesn’t work right – it’s like having a beautiful house and everything is perfectly decorated but you have a leaky roof. DDML was originated to maintain the balancing act within skin, making anything else put on top more effective.
Formulation update: Skin is the largest organ in the body so barrier strength becomes that much more important to maintain—keeping the bad stuff out and the good stuff in. DDML+ was created with barrier strengthening technology built into it because it is fundamental to skin health. This reformulation made the original DDML a stronger moisturizer, while maintaining the same silky texture as the original.

How messaging has evolved: Inspired by a 2006 National Geographic article Allergies: A Modern Epidemic, and the focus on living an industrial lifestyle with pollution and environmental stressors that wreak havoc on the body, the formulation and messaging surrounding skin health, specifically with DDML+, had to evolve to speak to this reality.

Background: La Prairie’s Skin Caviar Collection made its debut in 1987. The brand’s iconic Skin Caviar Luxe Cream launched in 1998. Caviar set La Prairie apart in the skin care landscape when the notion of slathering caviar on was pretty daring. The signature cobalt blue was also audacious at a time when skin care packaging was either white or silver.

What it does: The promise of the Caviar Collection is firming and lifting. Skin Caviar Luxe Cream aims to refine skin texture, provide rich hydration and boost skin’s firmness.

Formulation update: You don’t mess with a classic. The formula has remained as it was since 1998. When a product over-delivers, it becomes iconic. Thirty years after the launch of the Caviar Collection, it remains the brand’s bestseller. The exclusive cellular complex has remained intact. However, what has changed is what the brand knows about its capabilities: it is now possible to measure the increase in cell proliferation that contributes to the age delay process. In September 2015, La Prairie introduced Skin Caviar Luxe Cream Sheer, a lightweight version of the original with a lighter texture and fragrance for warmer weather use.
How messaging has evolved: Consistency is key. Skin Caviar is a lifting and firming phenomenon, whether used by older customers or increasingly educated younger customers who are using the product preventatively. As far as imagery is concerned, more texture is being shown, making the tactile aspect of the formula more visible. The notion of indulgence and lusciousness is key.

What it does: This versatile softening lotion is formulated to deliver immediate moisture and improve skin’s moisturizing power. Transparent and silky to the touch, the clear liquid aims to instantly absorb into skin, moisturizing, smoothing and relieving environment stress. Eudermine responds to changes in climate to keep the skin’s moisture level constant regardless of location or time of year. It refreshes the senses with a moment of exquisite aromatic delight: the fragrance of rain-washed peonies.

Formulation update: Eudermine’s formula has changed very little since it was introduced in Japan’s first Western-style pharmacy. In creating the product, Shiseido scientists focused not only on epidermal metabolism and its impact on cell regeneration, but also on the skin’s ability to retain moisture.

How messaging has evolved: Taking its name from the Greek “eu,” meaning good, and “derma,” meaning skin, Eudermine was first sold in a scarlet glass bottle and nicknamed “Shiseido Red Water” by the loyal women who used it to achieve a purified, radiant complexion. In 1997, Eudermine evolved into a revitalizing essence contained in a tall, slim red bottle and, in 2012, the product made a brief return to its roots in honor of Shiseido’s 140th anniversary with a limited-edition release of its original packaging. Although the bottle has changed, the messaging behind the cult phenomenon has stayed consistent, with its followers still devoted for one reason – fresh, healthy-looking skin.
Digital campaign: While there has not been a stand-alone campaign for Eudermine, the product was included in Shiseido’s 140th anniversary campaign, which honored and educated consumers about the brand’s history and hero products.

What it does: Lancôme Trésor is a fragrance for treasured moments.
Formulation update: None to date.

How messaging has evolved: Penelope Cruz has been the ambassador for many years, evolving from being a passionate, romantic woman into a more sexy and dangerous one.The scent has remained the same, but the bottle has evolved over time. The first Trésor bottle was a precious 75-faceted stone made of crystal, drawn by Lancôme’s first Creative Director, Georges Delhomme. The new bottle is called the Jewel bottle, reflecting Georges Delhomme’s vision— dazzling bottles inspired by the codes of High Jewelry—and is reinvented for Trésor l’Eau de Parfum featuring the purest chiseled materials, bright crystal light, a cap faceted as a diamond and a crystalline jewel.

Digital Campaign: The brand does not have a digital campaign.
Brand Ambassador: As mentioned, Penelope Cruz embodies femininity and passionate love. Trésor perfume is for a woman who understands that time is precious and moments in this fast-paced world are to be treasured.

Informed by DMs from its online community, OUAI saw an immediate opportunity to ...
Scroll Up