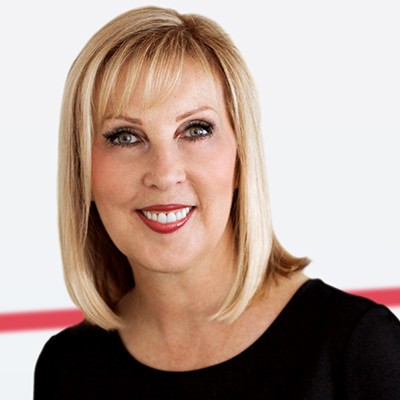 Since joining the company in 2002, Danyelle Boilard-Paul has been a key player on Chief Executive Officer Jonathan Zrihen’s team to lead the development of Clarins Groupe both in Canada and the United States. Throughout her tenure at the company, Boilard-Paul has overseen a portfolio of skincare, cosmetics and fragrance brands including Clarins, Thierry Mugler and Azzaro.

Boilard-Paul began her career in 1985 as Regional Education Manager for Clinique in Eastern Canada. Her ambitious and creative spirit led her to join the Estée Lauder brand five years later as National Director of training for Canada, and later to be appointed to Regional Marketing Director for the brand. In 1999 she received the Joseph and Estée Lauder Award for North America’s Top Regional of the Year.

Following her successful career with the Estée Lauder brands, she joined the Clarins family in 2002 as Vice President for the Clarins Fragrance Groupe division in Canada. Her leadership skills led for Boilard-Paul to become, in 2007, Senior Vice President of Sales for the United States division of Clarins Fragrance Group, and to be appointed to Executive Vice President of Sales and Education for Clarins Groupe USA in 2011. In her new role, Boilard-Paul oversaw the Clarins, Thierry Mugler and Azzaro brands, leading the teams to grow these highly visible skincare and fragrance brands in the United States.

In 2013 she was appointed Executive Vice President and General Manager for Clarins Groupe USA, putting her at the helm of one of the largest subsidiaries for the brand worldwide. In her new role, she utilizes her esteemed managerial skills on a daily basis, concentrating her efforts on expanding and strengthening the brand’s place as a prestige skincare, makeup and fragrance leader in the US.