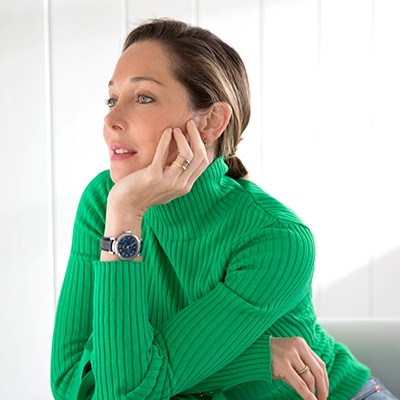 Tata was born in Barranquilla, Colombia and grew up in a family of entrepreneurs. Tata attended Intsituto Technologico de Monterrey (considered the MIT of Latin America) and graduated with a degree in industrial engineering. After doing stints in Mexico and Paris, she decamped to Miami with Henry Harper (Co- Founder) and began working on a variety of entrepreneurial ventures from commercial real estate development, to finance boutiques. In 2003, Tata and Henry began looking for a peaceful country escape, a place they could hop to on a flight to escape muggy Miami, where friends and family could gather, and where they could also raise children. Henry was from the Northeast and began looking in Vermont where they discovered the Julius Kingdom Farm. Tata spent four years coming up to the farm before permanently relocating there in 2007. It was during this time that Tata’s step-father was diagnosed with cancer and Tata discovered the dangers of synthetic chemicals in personal care. Driven and intellectually thirsty for mastery, Tata dedicated herself to learning everything there was to know about formulating skin care products, green chemistry, ingredient selection and of course about the skin. What started out as an educational exploration into the ingredients of skincare turned into a personal mission to provide 100% natural, results-driven skincare, and thus Tata Harper Skincare was born. Flash forward 7 years, 43 skus, and 200+ employees later, and Tata continues to innovate and disrupt the industry with game-changing clinically proven luxury skincare solutions. Tata lives on the farm with her three children. When not leading the development of the next world class Complex Formula, Tata enjoys masking with her kids on a self-care Sunday or working on a home-design project, likely involving lots of local antiquing.