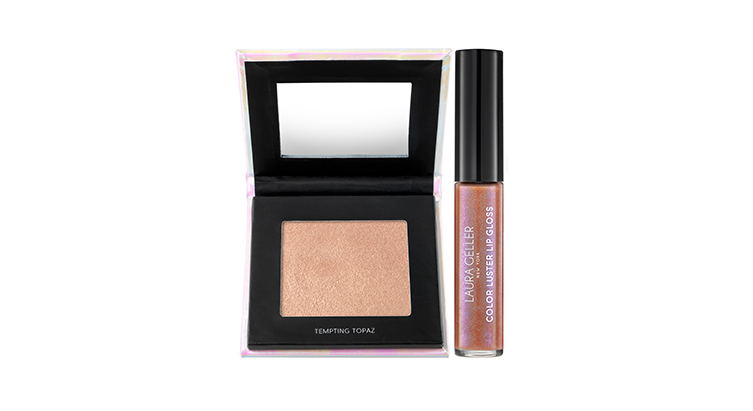 Laura Geller New York has announced its first-ever influencer product collaboration, and it’s with male blogger (Jose) Alan Macias Perez of Alannized. Best known for his sculpted brows, lash extensions and luminous cheekbones, the influencer, who has more than 450,000 followers on Instagram, is no stranger to working with the brand. In 2016, he was tapped to represent Laura Geller New York in an on-air segment for QVC’s Beauty IQ, and also created a series of how-to videos for the brand’s social media channels in 2017.

“It started when we noticed that Alannized was featuring our Gilded Honey Illuminator often on his social media channels,” said Martine Williamson, President & GM of Laura Geller New York. “He really grabbed our attention with the looks he created, particularly his mesmerizing highlighter application – which meshed seamlessly with Laura’s background in making the most of theatrical lighting and an easy-to-follow approach to beauty. The relationship took off from there and we’ve been collaborating on projects both small and large ever since.”

Alan’s love of highlighter will be realized this month with the debut of the Limited Edition Alannized x Laura Geller 2-piece Illuminator Kit, which includes a golden champagne highlighter and a shimmery lip top coat, both of which were meretriciously scrutinized by the influencer, who says he evaluated at least 30 samples with Laura Geller Beauty’s development team before blessing the color and formula of the two products.

“I wanted to make sure the products screamed ‘Alan,’ but was still something everyone could wear every day,” explained the California-based influencer. “I also looked at several packaging samples before selecting the duo chrome finish of the box.”

In an era where gender fluidity is rising, Alan is part of a growing movement of “Beauty Boys” who are paving the way for mainstream acceptance of men who wear makeup and post captivating photos and tutorials of their honed artistry to loyal fans.

“For a long time, makeup was seen as something for girls only and when males came on the scene, it was thought to be out of the norm,” explained Alan. “But now, with the popularity of male influencers, it’s starting to become more accepted. I think both consumers and brands like the diversity and it’s amazing to see their support.”

For Alan, makeup artistry was never about becoming a social media star. The 19-year-old began using color cosmetics just three short years ago and posted his looks online as a hobby. It was only when digital powerhouse, Huda Beauty, re-posted one of his looks on her social media account that the teen garnered attention and saw his followers skyrocket.

“As an influencer, people like seeing originality and who you really are,” said Alan who doesn’t believe makeup is a statement about gender identity. “I’ve always stayed true to myself, and what I like most abut working with the Laura Geller brand is its mission of empowerment.”

For Laura Geller New York, the partnership with Alan may open the door to the possibility of working with other influencers who share the brand’s vision.

“For 2018, we’re focusing on our collaboration with Alannized; but, we’re open to the future, as long as it makes sense for the brand and is authentic to Laura Geller,” said Martine.

The Limited Edition Alannized x Laura Geller 2-piece Illuminator Kit will be available on February 23 on ulta.com for Ulta Platinum members, and LauraGeller.com on February 24. It will launch for all Ulta customers on the retailer’s website starting March 4 and in Ulta stores starting March 18.

In summer 2022 CVS debuted a new beauty boutique filled with all the ...
Scroll Up