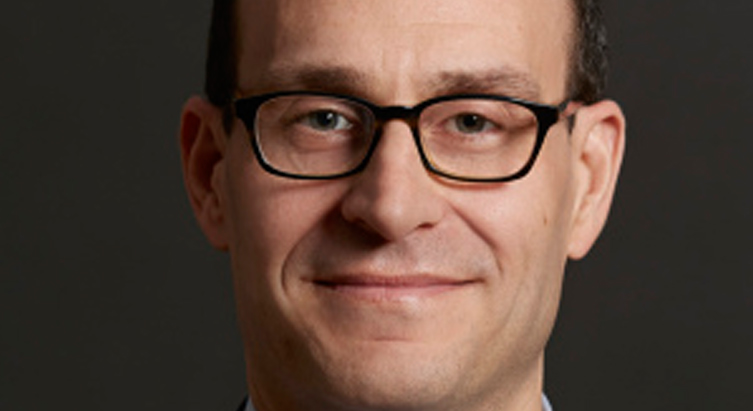 Beauty’s CEO Switch Up
Recruiters in the beauty industry are experiencing a pretty pay day as the industry undergoes self-examination, leadership shifts and growth. Here, a rundown of recent managerial moves sure to have ripple effects across the beauty industry.

Recruiters in the beauty industry are experiencing a pretty pay day. As upstart brands and digital innovators peck away at the established order, beauty companies big and small are taking hard looks at their business practices. Acquisitions and divestitures are part of that self-examination, and so are leadership shifts, with the goal of kick starting growth. Here, a rundown of recent managerial moves sure to have ripple effects across the beauty industry.

When Coty Inc. announced April 20 that Elio Leoni Sceti would replace interim CEO Bart Becht to become permanent CEO on July 1, the beauty company’s stock hit its high for the month. Shareholders apparently agreed with Mark Astrachan, an analyst at Stifel Nicolaus, who praised the choice of Elio in a note describing him as continuing the status quo. “We believe Mr. Sceti’s hiring and background is consistent with Coty’s focus on reinvestment of cost efficiencies and cash conversion,” he stated.

Leoni Sceti, currently CEO of European frozen food firm, Iglo Group, and formerly the CEO of EMI Music, will arrive at Coty familiar with at least two of his colleagues. Bert Becht, who assumed the interim CEO post last year upon Michele Scannavini stepping down, is remaining Coty’s chairman. He worked with Elio at Reckitt Benckiser for more than a decade. As a result, Mark Astrachan deduced Bert and Elio are likely to have a strong relationship at Coty. A third Reckitt Benckiser alum, Camillo Pane, will join Elio and Bert at Coty in July as Executive Vice President, Category Development. Camillo succeeds a departing Renato Semerari, the previous CEO of Guerlain and Coty’s President of Categories and Innovation since last July.

Coty is one of several beauty companies considering swallowing Procter & Gamble’s beauty assets, and Mark Astrachan surmises Elio coming to Coty doesn’t change Coty’s acquisition aspirations. In a research note, Javier Escalante, an analyst at Consumer Edge Research, suggested the acquisition of P&G brands could diversify Coty’s fragrance-slanted portfolio. However, with or without a pickup of P&G properties, he expressed skepticism about Elio’s ability to steer Coty in the right direction. “Leoni doesn’t make Coty’s executive bench stronger in industry knowledge, which is key to turnaround a company whose like-for-like sales have contracted 1% since it went public in mid-2013,” wrote Javier Escalante.

David Rises at a Goliath

A.G. Lafley’s second tour of duty as P&G’s CEO isn’t expected to last much longer. Most P&G observers predict he will leave the job he returned to in 2013 this year, possibly after the company has found a new home for a substantial chunk of its beauty business, while staying on as Chairman. The field of candidates to succeed A.G. has narrowed considerably over the past few months with most speculation now centered on a single name, David Taylor. In January, P&G handed David, already the group President of Global Health and Grooming, the reins of its global beauty division that had been helmed by Deb Henretta, a transfer of power that landed Deb in the position of Global President of E-Commerce and evidently out of the running for CEO. Other CEO prospects at P&G have included Giovanni Ciserani, Group President of Global Fabric and Home Care; Martin Riant, Group President of Global Baby, Feminine and Family Care; and a soon-to-be retired Melanie Healey, Group President of North America Selling and Marketing Operations. The common strand among the CEO contenders is deep experience at P&G.

David is a P&G man through-and-through. A North Carolina native, he started at the company in 1980, and has done stints in Asia, Europe and North America. Prior to being appointed Group President of Global Health & Grooming, David was President of Global Family Care from 2005 to 2007 and President of Global Home Care from 2007 to 2013. If there’s a knock on David, it’s that he’s too much of a P&G purebred. In a note on David ascending in P&G, Javier Escalante of Consumer Edge Research, wrote the company is missing out “on an opportunity to bring external knowledge of the industries they admire and want to succeed in. The investors we talk to know that, in our opinion, the most bullish development would be P&G’s recruiting an external executive to run either the Beauty GBU [global business unit] and/or the Health one.”

Looking to the Past for a Stronger Future

It’s been a rough stretch for Avon Products Inc. CEO Sherilyn McCoy took over a struggling company from her predecessor Andrea Jung in 2013, and she hasn’t managed profit or revenue gains in the subsequent years. With the light at the end of the troublesome tunnel seemingly far off, the Wall Street Journal revealed in April that Avon is exploring a sale of its North American business or the entire company. In the midst of its mire, the company announced Susan Kropf, President and Chief Operating Officer of Avon from 2001 to 2006, is coming back to Avon as a board member. She will be counted upon to help steady the choppy waters at Avon, where she spent 36 years until her retirement in 2007. Javier called Susan “Avon’s most highly regarded ex-executive.” He views Susan’s appointment to Avon’s board as investment positive. “We don’t know of any other direct selling executive aside from Mr. [Rick] Goings, currently Tupperware’s CEO, who worked 20 years at Avon — with more experience and credibility than Susan,” wrote Javier in a note.

Like she had at Harrods before it, Marigay McKee brought pizzazz and personality to Saks Fifth Avenue as its President, perhaps too much so. After 15 months on the job, Marigay, who embarked on an aggressive mission to reinvent Saks Fifth Avenue with much fanfare after climbing the ladder at Harrods from senior beauty buyer to top merchant, vacated her position and paved the way for Marc Metrick, heretofore Saks Fifth Avenue owner Hudson’s Bay Company’s Executive Vice President and Chief Administrative Officer, to take control of the department store retailer. Talking to media outlets about the Marc-for-Marigay swap, Richard Baker, Governor and Executive Chairman of Hudson’s Bay Company, acknowledged Marigay wasn’t a good fit for Saks Fifth Avenue. Marc is seen as the ultimate insider steeped in the culture of the department store chain. He became Hudson’s Bay Company’s Chief Marketing Officer in 2012 and was involved in its acquisition of Saks Fifth Avenue in 2013, the year he signed on as Chief Administrative Officer. Preceding his roles at Hudson’s Bay Company, Marc spent 15 years at Saks Fifth Avenue beginning in its executive training program and ending up as its Chief Strategy Officer. “Change can be disruptive, and what I bring is a sense of continuity, and a deep understanding of how the company works,” Marc told the New York Times about his Saks Fifth Avenue presidency. What Marc doesn’t bring is an extensive background as a merchant, a strength of Marigay. Marc will be working directly with newly named Chief Merchant, Tracy Margolies, who most recently was SVP, GMM, Beauty, Contemporary 5F, Footwear and Handbags at Bergdorf Goodman.

Amy Keller Laird is out to make it OK to feel anything but ...
Scroll Up